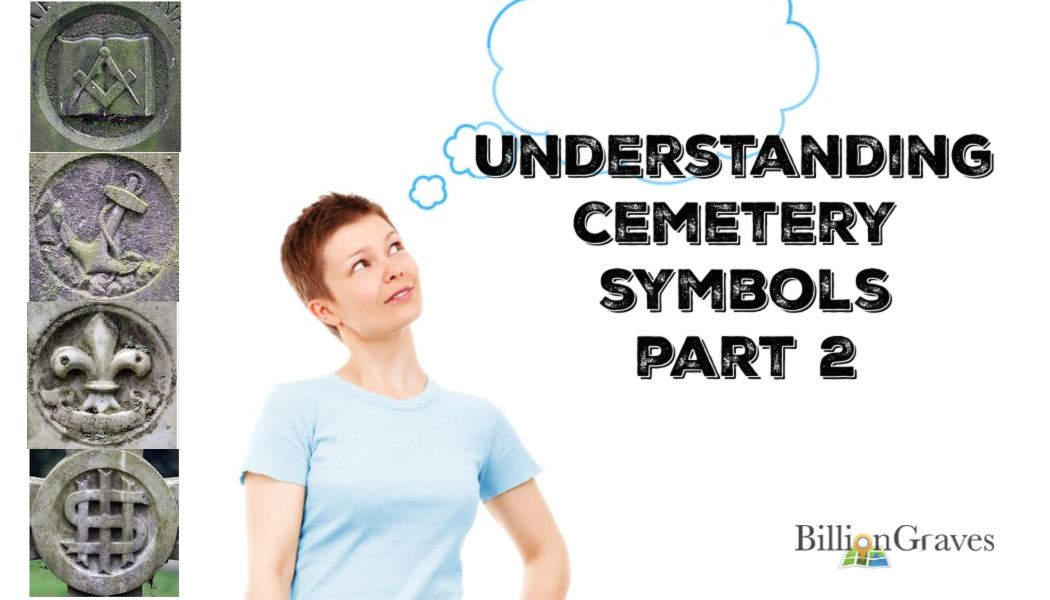 My friend planned to propose marriage to his girlfriend with a diamond ring and a dozen pink roses. He hid the flowers in the backseat of his car while they attended a football game. After the game, he whipped out the bouquet as he proclaimed, “You are as beautiful as these roses.” Nice gesture, except for the fact that it was cold outside so the pink roses had turned black during the game. Oops! Wrong symbol, wrong message. (Side note . . . she married him anyway.)

It is common knowledge that giving someone red roses is a token of true love. But did you know that giving yellow roses is a symbol of friendship? In our day, the symbolic meaning for flowers has mostly been forgotten, but a few generations ago a bouquet could be used to send a very specific message. Each bloom was a symbol of a particular emotion. Marigolds represented grief and petunias denoted anger. A bouquet of poppies and chrysanthemums carried a message of success and good cheer.

Likewise, our ancestors used an entire set of symbols for gravestones that can help us understand their lives and deaths. Cemetery symbols can sometimes reveal how the deceased passed away or if they died young. The symbols may reveal information about the person’s religious beliefs, military service, occupation, or membership in service organizations. Other symbols may give clues about your ancestor’s country of origin. We see symbols every day of our lives. Our iOS and Android smartphones have 845 emoji or emoticons and it is quite likely you have already used some of them today. Choices include smiley faces, hearts, animals, food, weather symbols and more. Our ancestors may not have understood this symbol 🙂 or this ;p in the same way you do. If we step back into their day and time, we will better understand the symbols that seem foreign to us, but were common to them.

This is the second of a two-part series on Understanding Cemetery Symbols. Part one is available here. Lambs are the most common animal symbol on children’s gravestones, representing innocence and purity.

Sheep are instinctive followers too. They tend to follow the sheep in front of them no matter they are going. I once attended a sheep-parade, where cowboys on horses guided thousands of sheep down the street. When one sheep took a wrong turn up a side street, hundreds of sheep followed. Cowboys and their dogs chased them in hot pursuit, trying to get the parade back on the scheduled route. Likewise, small children are naturally submissive and loyal to those who lead them.

To Christians, lambs are also a symbol of Christ, “Behold the lamb of God, which taketh away the sin of the world” (Holy Bible, John 1:29). Lilies are a symbol of innocence, chastity, and purity. They are often associated with Mary, the mother of Jesus, and are used on women’s gravestones.

Lilies can also represent innocence being restored to a soul at death. Lotus are water-plants that close at night and reopen again with the morning sunlight. They symbolize a spiritual rebirth, reawakening, and resurrection. Members of the Masonic Organization believe in God and in serving their communities. While Masonry is not a religion, adherents act in accordance with high moral standards. In the photo above there are three symbols, the open book, the compass, and the square. The specific position of these objects makes them a recognizable Masonic symbol. The book represents the Word of God, while the square and compass are tools used by architects. The compass reminds Masons to circumscribe their desires and passions within specific limits. The exactness of the straight edges of the square reminds Masons to behave with exact and precise virtue.

If your ancestor has this symbol on their gravestone, you may be able to find records of Masonic meetings at the local Freemason organization. This may allow you to place your ancestor in an exact place during specific years. Oaks are very slow growing trees. It can take 40-50 years for an oak tree to go from acorn to full-height and nearly a century before it fills in with thick leaves and branches. Oak trees can live to be 200 years old. An oak tree at a family homestead may have provided shade for several generations.

Thus, oak trees are gravestone symbols of strength and endurance. Oak branches or acorns on your ancestor’s headstone may mean they lived a long life or endured a long illness. Odd Fellows recognize the inevitability of death, so they ask themselves, “How will I spend my life?” With this self-awareness, an Old Fellow then seeks to master their thoughts and actions. They focus on serving others.

The three links of an Odd Fellow chain may sometimes have the letters, “F”, “L”, and “T” on them. These letters stand for friendship, love, and truth. Odd Fellows seek to know and accept their own strengths in humility, without boasting. They strive to overcome their weaknesses without being critical of the weaknesses of others. They seek to be a friend to all and try to think carefully before acting or speaking.

The Independent Order of Odd Fellows may now be found in more than 30 nations. Plant buds on a gravestone symbolize a  life not yet in full bloom. They are most often seen on a graves of children or young adults. Cemetery symbols can be interpreted in a variety ways. We often don’t understand the intent of those who chose or created the symbol. The primrose flower is a symbol that can have many different meanings.

The primrose was a Victorian symbol for a silent love or bashfulness. This flower can also symbolize eternal love, hope, sadness, or youthfulness. Primroses had medicinal uses, so it could have indicated healing or the medical occupation of the deceased. Primroses have evenly spaced petals, making them easy to carve so they may have simply been aesthetic. A quill on a gravestone symbolizes a life cut short for someone whose life story was not yet fully written. Quill may also denote that the deceased was a writer or teacher. Swords, spears, or helmets on an ancestor’s gravestone may indicate that they served in the military. This particular gravestone helmet is from Forest Hill Cemetery in Stuttgart, Germany is in the Greek Spartan style. Spartans began to train at age 7 and were taught never to let their weapons out of arm’s reach. The term “spartan” became synonymous with fearlessness and endurance. The Star of David is a symbol used by Jewish people. The star is six-sided and is made up of two intertwined equilateral triangles.  In Hebrew, it is called Magen David or David’s shield, representing the protection of the ancient king. The symbol is the center of Israel’s flag. When seen on a gravestone, you may be assured that the deceased was Jewish. This photo depicts the temple of The Church of Jesus Christ of Latter-day Saints in Salt Lake City, Utah. Those buried beneath this symbol believe in the eternal nature of the family and everlasting relationships. Tree stones, popular between the 1880’s and 1920’s, were used by members of the Modern Woodmen of America and the Woodmen of the World. Both organizations are fraternal societies that focus on financial services. They offer insurance, savings, retirement, and estate planning.

Joseph Cullen Root, the founder of Modern Woodmen of America and the Woodmen of the World, selected the name of woodmen after hearing a sermon about God’s children being trees in His forest. The tree of life is a cemetery symbol for immortality. The tree ages and moves closer to death, but it also bears the seeds that allow the tree to be reborn, so in a sense it becomes immortal.

It can also be a symbol of strength and growth. Branches lengthen as they reach for the light of the sun. Young trees roots are shallow but eventually deepen as they age. Like the tree, the deceased may have become stronger by facing the wind, heat, and adversities of life.

Genealogists may identify with the tree of life being a symbol of family. Our leaves and branches may go in many different directions, but we all come from the same roots.

Trumpets are symbols of victory and resurrection. Sometimes the trumpeters are angels announcing resurrection morning. The urn symbolizes death itself. The Greeks used the urn as a symbol of mourning since it was often used as a repository for ashes of the dead.

From the 1770’s to 1820’s urns with willow branches carved around them were popular on gravestones in New England’s burial grounds. The urns symbolized death and the willows symbolized grief. In past generations, the deceased was laid out in their own living room or parlor for days prior to burial. Family and friends were invited into the home to pay their respects and comfort the living. The entrance to the room was often draped with a black veil, signifying the passage from life to death.

A gravestone draped with a veil can also be thought of like a curtain pulled back on a stage. All eyes would be drawn to the deceased as they passed through the veil, just as all eyes fall on the main actor or actress at the start of a play. It symbolizes the importance of each individual to God and to their family. The drooping branches of weeping willow trees symbolize the drooping spirits and hearts of those who have lost their beloved family member or friend. The weeping willow tree was very popular carving on gravestones at the end of the 1700’s and early 1800’s in Massachusetts among early settlers. Gravestones erected prior to 1760 often featured the winged skull or death’s head. In spite of the macabre sentiment it holds for us today, the winged skull was a symbol of immortality. The wings indicate the soul has taken flight from its mortal body or skeleton which was left behind in the earth.

We hope your new knowledge about gravestone symbols makes your trips to the cemetery fascinating!