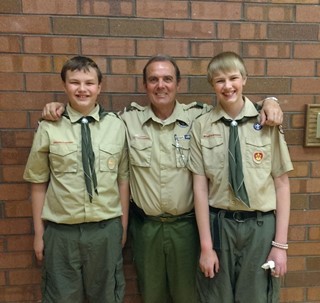 We visited cemeteries in Utah, Idaho, Wyoming (Single Adult group helped out there), others helped us in Nebraska, Texas, Virginia, Arizona and some friends tried in Germany as well.

Our Uncle and Aunt went to Virginia and took Patrick Henry’s grave site (Give me Liberty or Give me Death!!!) and also took Ralph Waldo Emerson’s mothers grave site and Pocahontas’ grave. We also had a single adult group help us in Wyoming!  That was awesome!  There was 12 or 15 of them helping us. 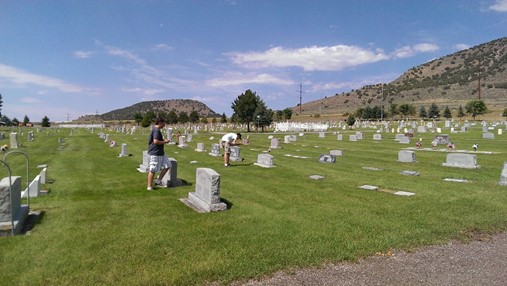 We went to Plain City Cemetery the weekend before Memorial Day, and several people were there cleaning the graves, we told them what we were doing, and they told us “Congratulations,” “Bless you!” and “You are doing a wonderful thing, thank you!”

Thanks again for this great and rewarding experience! 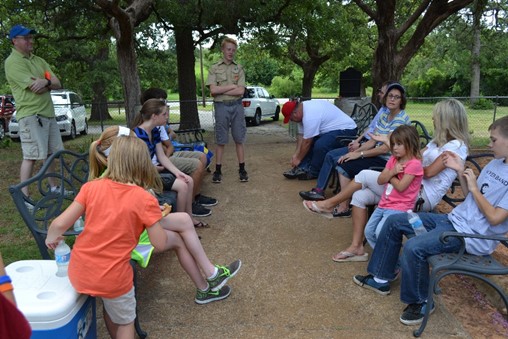 My name is Jefferson Knight, and I performed my Eagle Project in both the Chinn Cemetery, located in Copper Canyon, Texas, and the Old Alton Cemetery, located in Denton, Texas. To give you an idea of where this is, it is about 40 minutes away from Dallas. My project was officially signed off by Billion Graves on August 21st, 2013. 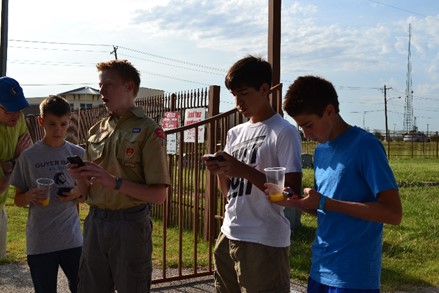 Upon completing the proposal, all those who needed to sign off on my idea, found it unique and approved. After much planning on my behalf, I split up the project into two phases: a picture taking and uploading phase, as well as a transcribing phase. I recruited a good number of volunteers from my church, and set the dates to perform the project.

Many volunteers found the project interesting as it wasn’t too physically taxing, and also helped serve people for genealogical purposes, which my church very much supports. Both cemeteries had a rich history, and volunteers were able to see that, as they found valuable, and interesting information on the gravestones. For someone who is in the same position as I was, looking for an interesting, worthwhile Eagle Project, I would recommend this kind of project, as it will be very worthwhile (compared to mowing a lawn or something), and is very repeatable! Just find some cemeteries that have not yet been photographed and transcribed near you! 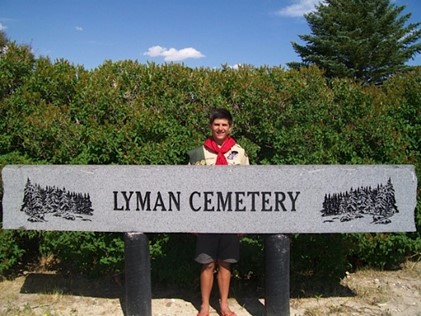 I did my project at the Lyman, Wyoming Cemetery on July 25-26, 2013 with the help of 25 of my family members. I planned my project at that time because we were having a family reunion in Lyman that weekend. It was great to have so much help in photographing all of the remaining headstones in the cemetery. 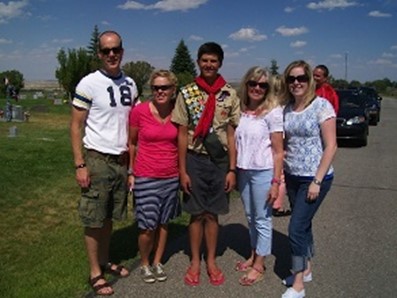 After I got home, I transcribed dozens of remaining records which took until August 14th (I didn’t work on it every day).

A cool experience from this project was being able to be back in Lyman, Wyoming where my grandmother was raised (she came from a family of 17 children) and to be able to photograph some of their graves. 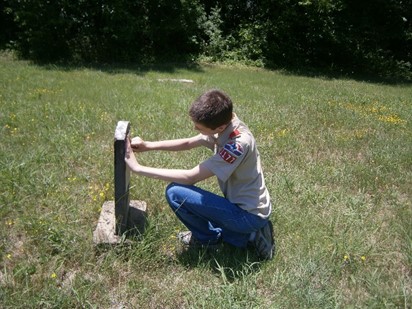 My name is Thomas Peck, and I did an eagle project for BillionGraves on Saturday, June 15. For my project I had everyone involved meet at a local church. From there we split into two groups: one went to the graveyard with smartphones while the other stayed at the church with laptops and transcribed the images.

One of my brilliant ideas was to get sticky notes and mark the gravestones that had after taking the pictures. The only problem with this was that sticky notes do not stick well to hundred year old headstones. Another brilliant idea was to get some paper and write down the transcription of the gravestone then take a picture of the transcription and link it with the gravestones picture. This was quite effective because it is much simpler to read something on a paper then off a photograph of an ancient gravestone.

One thing I had a problem with was not giving enough instructions. If I did it again I would spend more time giving instructions on how to take pictures. 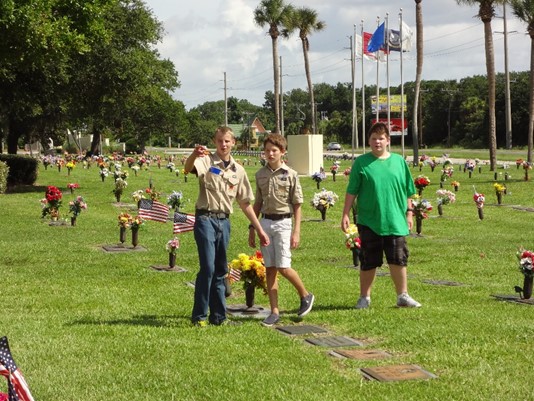 My name is James Smith and I am currently in Troop 711 in Rockledge, FL. The bulk of my project was completed here in the Florida Memorial Gardens cemetery, but other helpers in Colorado took pictures at one or two cemeteries in Colorado Springs. I completed my project on August 3.

My goal was to get 10,000 pictures and in the end we got over 12,000. This was my second attempt at an eagle project as my other quite literally burned to the ground. I was going to clear brush in Waldo Canyon near Colorado Springs for fire mitigation purposes, but the fire beat me to it by about a week.

My advice is to pick a day with good weather. The first day we took pictures, the sun was out, so we had to worry about shadows and it was quite hot. However, the second day it was overcast and we went really quickly.

This was a great project because it can affect so many people for generations. 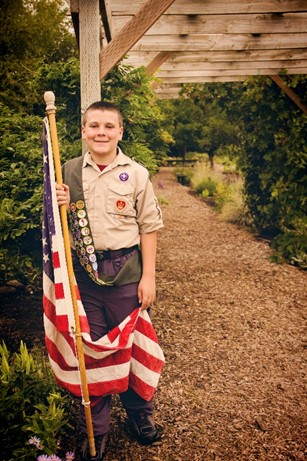 I did my project at The Memorial Gardens of the Wasatch, in Ogden, UT

This is a fun project, takes lots of time to put together. It is fun once you’re at the cemetery and actively engaged. It is also a very educational experience. A must do for genealogists! It’s a very family friendly project. You learn a lot about people.

These scouts have done some amazing things by serving the families of loved ones buried in these cemeteries! We are so proud of all of you! Congratulations!