BillionGraves, 10 years ago 5 min read 6286
Not only is this the name of a class Kristiana Silver taught, it’s also a message she wants to spread: Genealogy’s NOT just for Grandmas! Kristiana is a passionate genealogist (that I met at RootsTech) and somehow she has been able to help her four boys—whom we will call Alex (age 12), Cameron (10), Dallin (8), and Eli (4)—catch the genealogy bug as well!

“How?” You might ask. I was determined to find that out as I met up with them on a sunny, summer day at the Salt Lake City, Utah Cemetery. 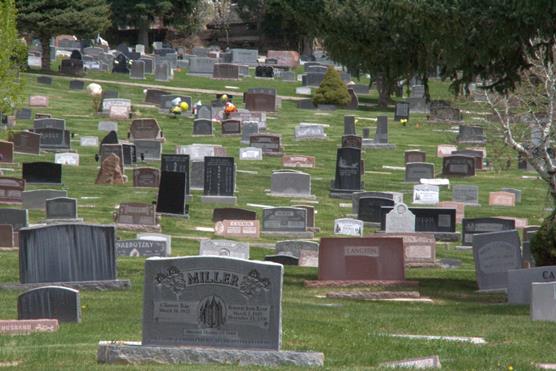 While Kristiana snapped some pictures of her great-great-Grandfather—George King—and his family members nearby, her four sons skipped off to explore that section of the cemetery.

George King was a “Woodman of the World” and made it from Maine to Utah while working on the Union Pacific railroad. So we met and talked near his headstone as Kristiana snapped a few pictures for BillionGraves. 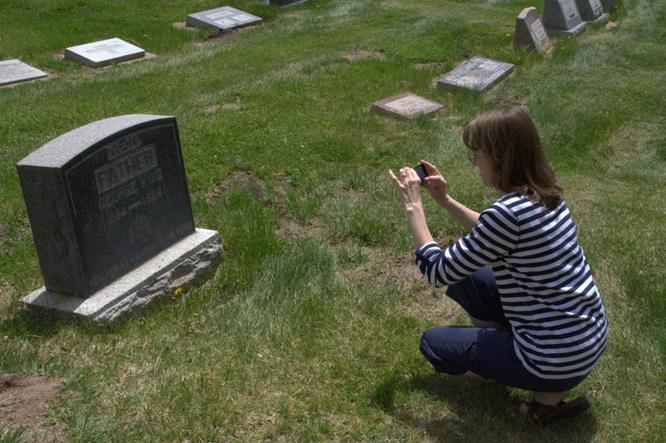 Pretty soon, 10-year-old Cameron came back from wandering and proudly announced that he had found the headstone of a pilot. His excitement was contagious, so both eight-year-old Dallin and I followed him over to see his great find. Sure enough, Cameron had found a headstone of a B24 pilot who had served in World War II.

“I’m the military genius of the family,” he told me.

“But both of us are interested in Star Wars” Dallin interjected.

I was pretty surprised about Cameron’s enthusiasm, but then he explained to me that on his mother’s side, his great-grandfather McCurdy was stationed in London during World War II and had a brother named Bill who was a B17 gunner and was lost in action.

I was blown away, these boys—all under the age of 12—could talk about their family history so easily! 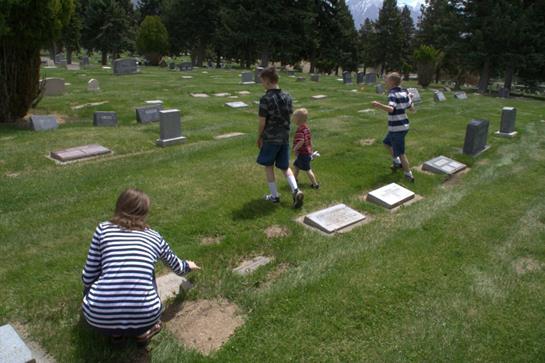 Once we returned to the section where Kristiana was taking pictures, I just had to ask how she did it. How did she manage to get 4 boys all under the age of 12 to love genealogy?

However, with a little more probing, Kristiana told me how when she was Cameron’s age, she would haul her dad’s big legal-sized book of remembrance to the kitchen table and hand-copy family tree charts and group records for her own book. She loved that she shared a name with her 4th-great-grandmother.

Kristiana carried that passion with her throughout her life, even when her oldest son, Alex, was very small. Her husband worked odd hours so on mornings he was home, he would take care of Alex for a little while and would drop Kristiana off at the Family History Library. When the boys would come pick her up, she would always tell them of her latest findings during her time there.

She felt like she needed to keep working on her family history even though life got even more crazy as her family grew and she began homeschooling them. It just became natural for her to bring up family history as she continued to work on it.

“I think we just talk about it a lot,” she explained. “We just talk about people, we make it sound fun and we decorate with family history items; we have old pictures on the walls. We’ve got a watercolor of St. Paul’s church in Halifax, Nova Scotia where their 4th great-grandfather was married when he came from England.” 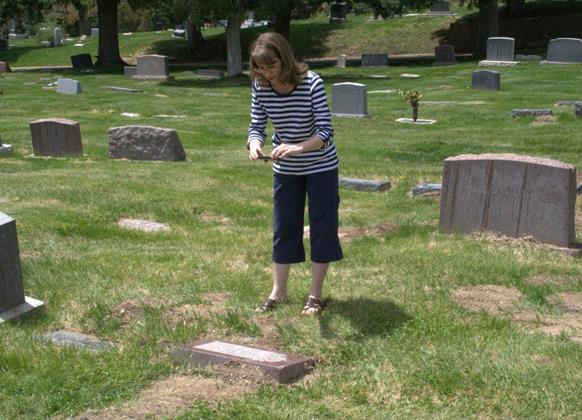 In addition to being surrounded by family decorations, Kristiana finds ways to tie in family stories into what the boys are learning while she homeschools them.

“It makes it so much more real,” she said “because we’re talking about the Mayflower and I [say something] like ‘Oh and you had an ancestor—Miles Standish—[who was on the Mayflower]. That’s your grandfather 11-generations back!”

When they learned about World War II, the family interviewed their grandparents about what it was like to live during that time. “I’ve got video of [my two grandfathers] talking about their experiences, and we talked to my Grandma about living through rationing in World War II. She hated it because they rationed shoes and she loved shoes.”

Needless to say, history is their family’s favorite subject. “It’s hard to separate family history from world history and American history. I’ve really been able to show that as we’ve studied history.”

What do the boys say about it? “It’s like a puzzle—something to solve. And we love puzzles!”

Kristiana believes in a principle she read in an article in the New York Times that said when children know their family’s stories and where they came from, they are more resilient and can handle trials better. Kristiana found this to be true as her four handicapped siblings passed away over a period of seven years.

Kristiana’s mother said that one way she was able to deal with it was because she read her grandma’s life history in which her grandmother wrote about her mother losing 4 children of her own.

“My mother said ‘Knowing that my great-grandma went through that, maybe I can too.’ And it strengthened her to know that,” Kristiana explained. If there’s one thing that Kristiana wants in life, it’s that her children will be able find strength to brave hardships in life through knowing their family’s stories.

Although Kristiana’s stage of life isn’t typically the time of life that most people associate with genealogy, she says that “as we are in the process of raising children, our lives have been enriched to find out our heritage now.”

Through sharing her love of genealogy with her children through simple, every-day interactions, she has been able to successfully help her children realize that they belong to and are part of something bigger than themselves. They love doing their family history and they know that Genealogy is definitely not just for Grandmas! 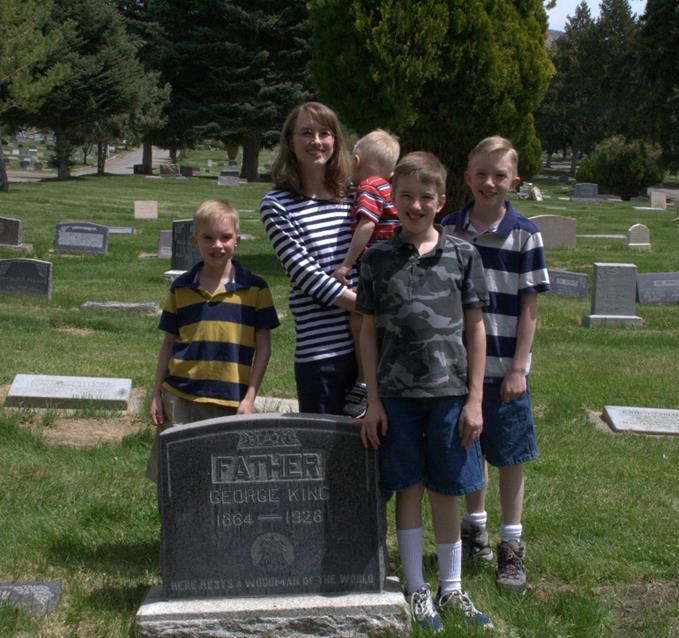 To find out more about Kristiana’s genealogy projects, visit her Samuel Goodwin Family Genealogy blog. Do you agree with Kristiana? Comment below and let us know what you think!

Preparing the Victorian Home for a Funeral